Our article The “average” fallacy by Lee Dale, is now published in UX Magazine, March 10, 2020.

Forming a community of practice

We humans tend to follow destructive patterns of practice when it comes to the introduction of new technologies. We seem to either abandon all prior knowledge in trying to grapple with a technology and adapt it to profoundly satisfying ways of changing our lives, or we lean on archaic principles that have—through an act of generational broken telephone—become so far removed from their original intent that they’re now inapplicable to modern practice. Or, worse still, were so foolishly formed in their inception that they were almost instantly irrelevant, but time and abstraction have established them as principles of practice.

In the early days of the Internet, you could see the former unfolding in web design. Webmasters and early HTML specialists were learning about the pipes that powered the internet and the HTML that presented it, while working hard to relearn all the tenets of visual design, instead of applying 100s of years of graphic design practice to the new canvas of the web browser. The result was an almost infinite wave of garish websites (hello Geocities!). Democratization of the medium, low resolution screens, and basic web browsers on underpowered consumer computers surely played a role, but this was all exacerbated by a misconception that design needed to be wholly reinvented because the medium was a glowing screen and not a piece of paper. 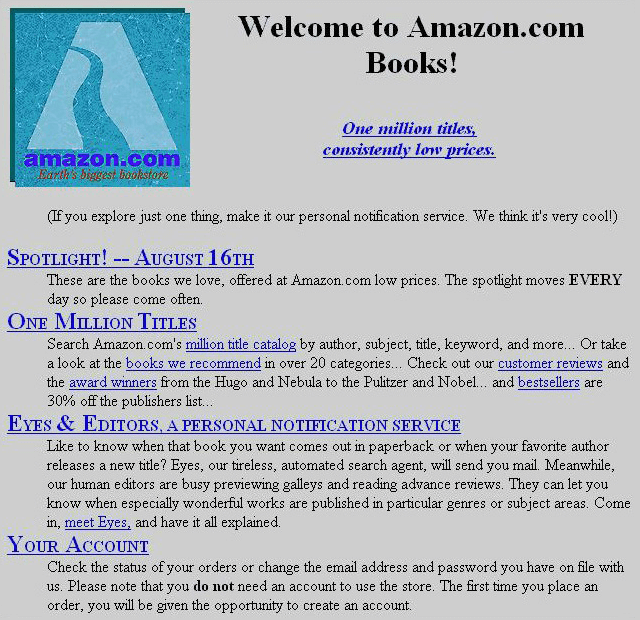 1995’s Amazon.com; did they even consider legibility? Markup supported space between paragraphs. And images supported colour contrast. But you’ll see almost none of that during the Internet of 1995-1996. Thankfully they spared us from the eye-watering colour palettes of sites like eBay and Altavista, which admittedly looked different on an old 640×480 pixel CRT monitor than the screen you’re reading this on today.

But enough about the early days of the Web. We overcame that foolishness and can point to strong practices such as interaction design, software engineering, and more, borrowing important tenets from graphic design, industrial design, manufacturing, and other fields. The issue is, despite some of these great successes in adapting principles of practice for the Web and establishing new practices to serve the medium, we have been leaning on a fallacy that has been impacting the products and services we develop to serve people on the Web and in person.

This is a fallacy that was tenuous at best when it was first identified, yet not only crossed over from an objective of defining external physical averages, but managed to become a standard tool for engineering, marketing, and design. It’s a fallacy that has since been adopted as a key tenet for focusing product strategy. A tenet that, in practice, leads to inferior products which, at best, reduce access to markets and, at worst, lead to public outcries, boycotts, lawsuits, and fines.

What is this fallacy?

It’s the fallacy of the average person. The commonly held tenet that by designing for the “average” person we can serve 80% of the market. That we need to focus on the “average” and avoid the edge cases for efficiency and scale.

Why is this a fallacy? Simply put: because there is no average person.

“There’s this myth that endures to this day that shows up in design and engineering: the 80/20 rule. You design for the middle of that curve, and we’ll get to the 20% later. What if there was no such thing as a normal human being? If there’s no normal, there’s no edge cases–just diverse people changing from one moment to the next.” ~ Kat Holmes, How to Design for Everyone, In 3 Steps, Fast Company, 2018

Let’s take a look at the roots of this myth

In the 1840s, Lambert Adolphe Jacques Quetelet—a mathematician at the time—undertook a series of studies on the human body. This was a departure from his usual work in the field of astronomy. He wanted to define the “Average Man” in terms of body proportions, height, and weight. To calculate these proportions, he measured as many people as possible in order to gather data on a range of different body characteristics.

The result? The Quetelet index, or, what we know today as the Body Mass Index (BMI). The formula that he devised based on all of these measurements purports that the weight of a person goes up as the square of the height increases. Then, by calculating BMI for average heights, Quetelet could extrapolate to determine the proportions of the Average Man. In addition, he also worked on formulas for average heath, average number of people in poverty, and average age of marriage. His lens of sociology was focused entirely on determining averages to understand a population.

Quetelet’s plotting of the propensity to marriage to determine an average for males and females. Published by Quetelet on page 80 of Du système, c. 1848.

This lens, however useful it may be for generalizing populations, is not without its flaws. In fact, even the most well known and used of Quetelet’s average formulas (the BMI) has had several issues identified by the medical community, including its lack of basis in genuine physiology and variance (e.g. muscle and bone density) and how these types of average formulas cannot be used to understand individuals. Even at a population level, these averages discount anyone who falls outside of them, which is still a significant portion of the population.

These formulas also had logic issues, in that Quetelet was arbitrarily squaring numbers to match the patterns he wanted to show in the data. There is little mathematical reason to do this, in essence he was “hacking” the formula to match what he wanted to demonstrate. This concept of the average human is essentially based on rigged formulas, rather than on rigorous scientific method.

The average person bell curve: serve most people and you’ll cover 80% of the market. There’s really no basis to justify the assumption captured in this visualization, across any factor, let alone in covering the nuance of how many multiples of factors define who we are. In fact, you should be skeptical of any normal distribution graph related to the social sciences.

To then use Quetelet’s findings as the basis for making product and service decisions is downright foolish. His findings didn’t hold much merit in the 1840s and, as individuals, we have continued to shift ever further outside of his arbitrary boundaries since then. Even the concept of archetypes and personas (finding key common groups of people to design for) does our products and services, and the consumers who engage with them, a great disservice.

There is no archetype

Think of yourself. How your body feels right now, your moods, your day to day activities, when you commute, when you’re at home, when you’re out with friends or visiting family. There’s so much nuance to who we are and how we engage with the world and even with ourselves.

Who you are right now isn’t who you may be when you’re under pressure, or surprised to hear from an old friend, or just plain grumpy for a moment, or an hour, or a day.

Let’s not even focus on who you feel you are, but how you engage with the world. When you’re at home versus on the go you have different modes of engagement. Different ways of interacting. Thinking just digitally, you may be on your phone while you commute, using a smart watch at the gym. An iPad at home. A computer at work.

From a physical point of view, do you wear glasses? What if you don’t have them on? Don’t want to put them on? What if you’re watching a video and can’t put the sound on because of where you are or who’s around you? What if you sprain your wrist tomorrow? Or break a leg? How does all of this impact you? 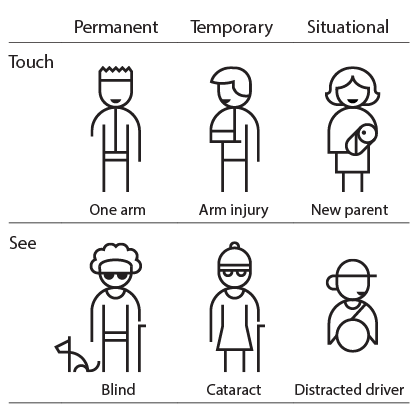 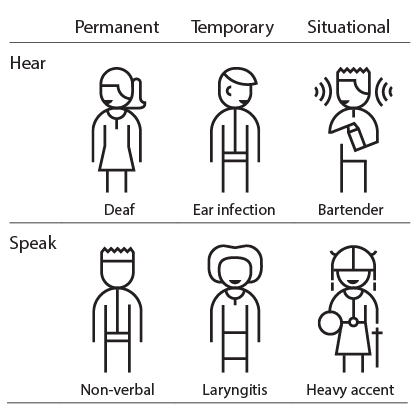 Microsoft’s Inclusive Design Persona Spectrum highlighting different states of being. Across touch, sight, hearing, and speaking, every one of us can have permanent, temporary, or situational changes in ability. Understanding and designing with these variables in mind helps us deliver products and services for everyone.

And when considering all of this nuance and possibility, how can you define a you, an archetype, a persona that is fixed that explains who you are? We surely can’t define archetypes that cover a wide range of us when—with all of this change within even ourselves—we aren’t even an archetype of ourselves.

From melting pot to cultural mosaic

As a species, we have never looked like, been built like, or acted like any kind of average. Certainly, societal ideals and standards of behaviour lent a false credibility to the average fallacy over the decades.

But as we have accelerated our geographic and cultural mobility toward multiculturalism, pluralism, and mixed relationships, the lines have been radically blurred from those legacy ideals. 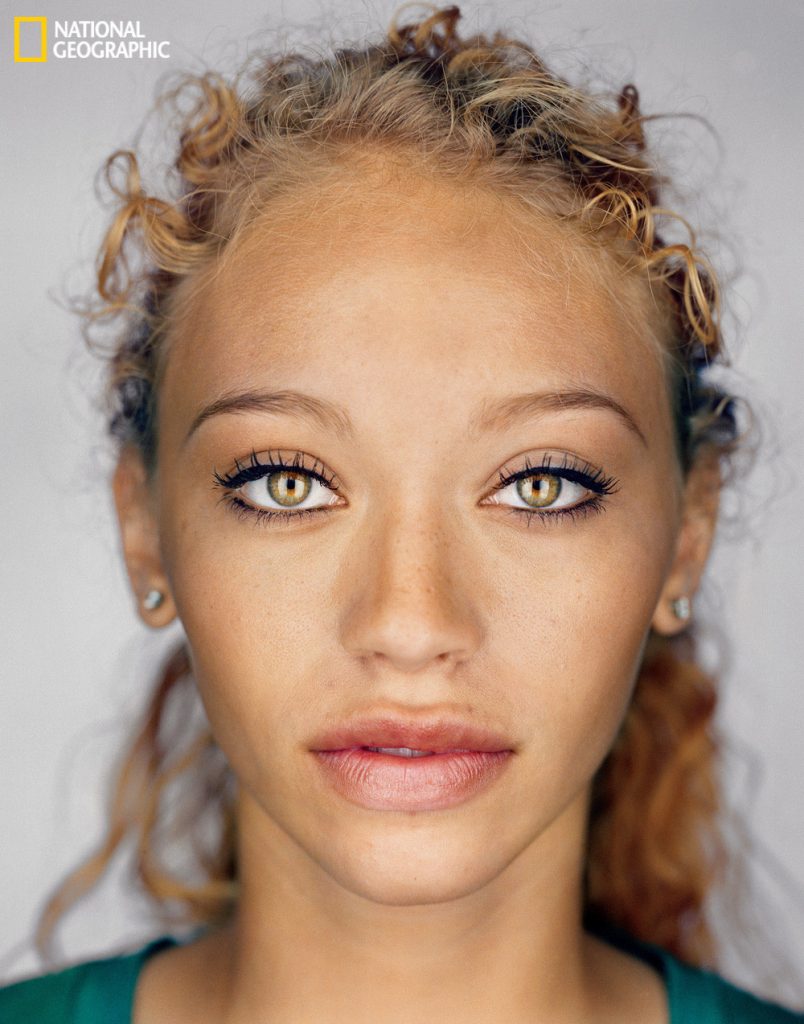 And an increasingly self-aware society blurs those lines even further in recognizing gender identifies, neurodiversity, and other characteristics and behaviours. Characteristics that move us so beyond a possible average that we can hardly justify grouping people into any kind of archetype or persona.

Another blow to commonly employed design processes—suggesting that we do away with archetypes and personas—but one that offers so much more opportunity than making product and service decisions based on a flawed methodology.

“Personas often contain a compilation of ‘average’ characteristics that, put together, actually represent no one.” ~ Margaret Price, Kill Your Personas, Microsoft Design, 2018

We need to move beyond the average, beyond the archetype, and work toward understanding all the nuances of individuals. Embracing fluidity, intersectionality, and a diversity of market. That’s the only way we can effectively serve the whole market.

What’s next for service design and product strategy

To deliver truly impactful products and services that serve diverse markets, we can and must do better. Human-centered design practices provide a foundation for taking those steps, but it’s intentionality and methodologies around engaging, listening, learning, and adapting to individuals and diverse markets that are the sea changes in process that are required. That’s inclusive design. And it’s something that’s baked into our DNA.

We’d welcome the chance to learn more about how you’re building these kinds of processes into your product and service work, or how we can help you get started.